Journalist and translator Abdi Musse Mohamud: ”It is getting easier for immigrants to work in media”

Finland is changing, but a lot is needed to work in the Finnish media, if you are an immigrant. Language skills are a must, and many immigrant journalists are better off starting with voluntary work. 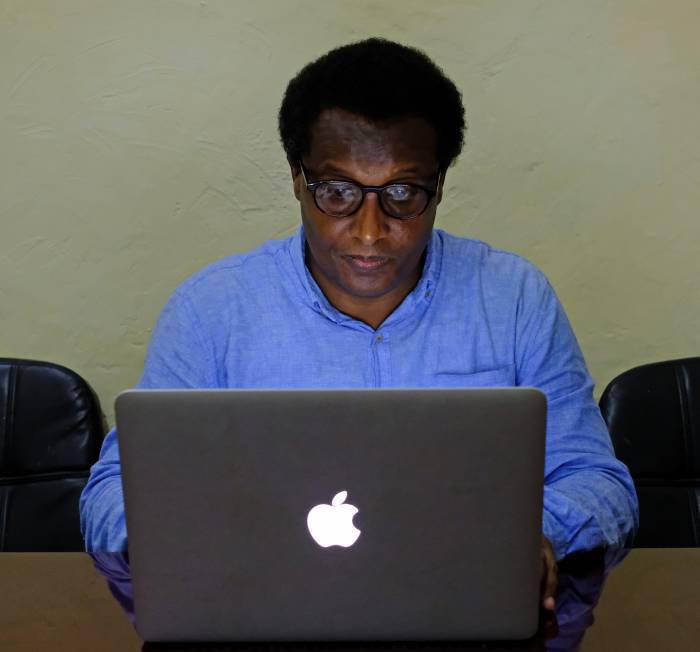 When Abdi Musse Mohamud came to Finland in the winter of 2005, he had a business idea: there was snow everywhere, and back home in Somalia it was so hot that people were queueing for ice. Somehow he should collect all this snow and start exporting it to Somalia.

Well, that turned out impossible. Almost as impossible was, he was told, to get a job in the media in Finland, being an immigrant with no skills in Finnish. He was already a journalist and a translator, so he started learning Finnish. He worked as a cleaner, and later on as a teacher in a language school. The idea was that perhaps translating was a more secure employment path.

That turned out to be true.

“But Finland is changing now”, he said in a Vikes media training for immigrants in Tampere in May.

“I don’t have much time to pursue journalism, because I have been now working as a translator and interpreter for more than 10 years, and I have my own company. I believe I could now find a job as a journalist, but I am not that active in that field anymore.”

“But there are more possibilities for younger people, and more will be coming as well”, he says. Media is more open now, and some of his friends have managed to get jobs.

The first thing for aspiring journalists, Abdi Musse says, is to speak Finnish fluently. Swedish could also help, but there are more opportunities for Finnish speakers. Unfortunately Finland does not have international media outlets present, nor many publications in English, so language skills are a must.

“And if you have nothing to do, start working voluntarily and show that you can do something”, he says.

That is what he did. First he had a radio programme in Lähiradio, a local station in Helsinki, and then he founded a Finnish-Somali TV, an internet-based video broadcasting service, together with the University of Helsinki. He has also worked with the National Broadcasting Company Yle – but as a translator and assistant.

He knows other journalists of Somalian background, who have managed to sell their stories as freelancers, so that is a good option as well, when getting a foothold in the field.

Taking things back to Somalia

“Although I have not worked as a journalist in Finland, I have learned a lot”, Abdi Musse says.

He has been working with Vikes’s training programme in Somalia, and enjoys being able to help fellow journalists in his former home country. The work takes him back at least once a year.

“I have learned how journalism works and how society can be changed through journalism and media.”

Abdi Musse Mohamud is one of the trainers in Vikes’s training project Migrants’ voices in public debate – utilizing freedom of speech in Finland.