Seminar: Good journalism is the anti-dote to fake news

Even though everyone bemoans the spread of fake news in the media, eradicating it is very difficult. Its pernicious impact can be diminished with good journalism, as was discussed in Vikes’ seminar. 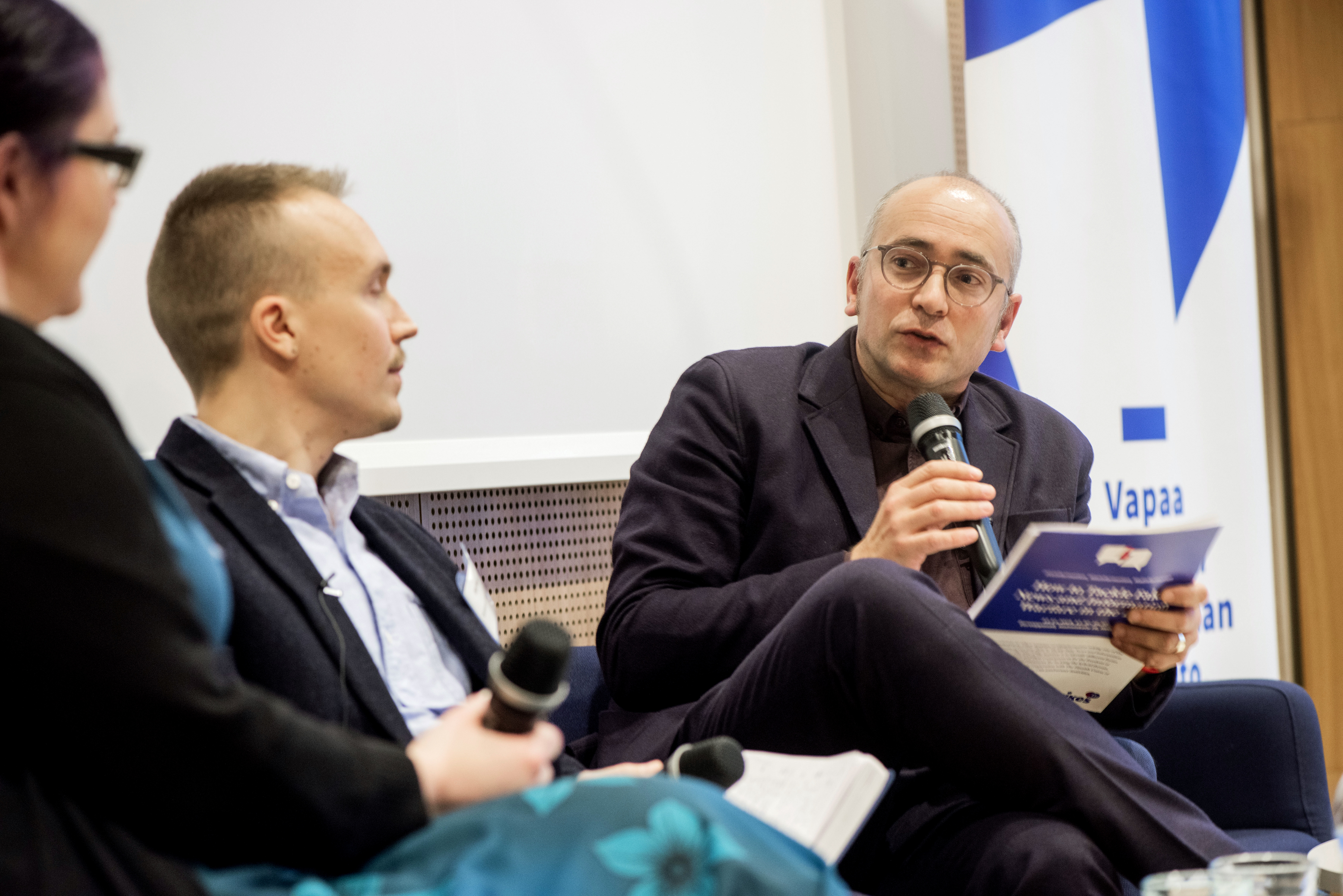 The Internet era has given rise to social media, which in turn has caused a fundamental disruption in the operations of traditional media. Social media, powered by powerful vessels such as Google, Twitter and Facebook now involve a dizzying number of actors – all disseminating information capable of influencing large sections of the population.

The flow of news is now horizontal and no longer vertical top-down that it used be.

This was one of the themes in a seminar held in Helsinki by the Finnish Media Foundation (Vikes), on: Disinformation, Misinformation, Malinformation: How to Tackle Fake News and Information Warfare in the European Union. There was a real concern over the phenomenon of spreading disinformation in the media, which poses a threat to democracy.

We have to live with misinformation

During the seminar discussion there seemed to be an emerging consensus that fake news and disinformation have become so pervasive and entrenched that it is no longer possible to eradicate entirely; rather its impact can only be tempered by countering it with good journalism.

This was expressed by Johanna Vehkoo, a Finnish freelance journalist and one of the hosts of the panel discussions that were held. In in her opening remarks she observed that, “it is not possible to get rid of misinformation, we have to live with it, we can only try to adjust and find ways to manage it”.

Similar sentiments were echoed by Gulnara Akhundova, Head of Global Response Department, International Media Support, Copenhagen, Denmark. According to her, “disinformation is not something that one can fight with completely but something that we can live with and try to manage it”.

To combat disinformation and fake news, according to Gutierrez, journalists need to be more transparent and try to explain to their audiences about the facts and the nature of their sources – without revealing them, of course – in order to make their audiences understand that journalists are working in the public interest and not just in the interest of the media owners.

“We are good in keeping people up to date”, said Gutierrez, “but we are not good enough in helping them to understand what is going on”, he said. As he put it, “journalists should be teachers of the everyday life”.

Olli Seuri, Professor of Practice in Journalism in Tampere University pointed out that there are now so many content providers that good journalism has to distinguish itself by demonstrating that it does present more valuable content than the others by virtue of the fact it is truthful content.

“In the name of journalism we do a lot of things but we should think which of those things are healthy and valuable”, Seuri emphasized.

According to him, people trust in journalists because they believe in journalists as fourth estate and holding power holders to account. Therefore whatever content journalists are producing, whether for newspaper or online, they should be seen to strictly uphold the core tenets of journalism.

According to Gulnara Akhundova, unfortunately journalists “across all four continents” face threats that seek to silence them or undermine their work – “physical threats, psychological threats, and digital threats”.  Even at the very heart of the European Union, she pointed out, journalists are even murdered, mentioning as an example the killing of Daphne Caruana Galizia in Malta for her investigative reporting.

Even in Finland, where there is much more press freedom than anywhere else in the world, journalists are not entirely free from coercion and online hate campaigns, mainly by non-state actors, extreme right-wing populists and racists who would like to suppress anti-racist views and pro-minority views in the media.

To Sengiyumva Gasirigwa Mwita, National Director of MISA Tanzania, a media freedom advocacy group in Tanzania, the searchlight should also be turned on journalists themselves for their own inadequacies and not to place all blame on the shoulders of the state.

With reference to the media landscape in Tanzania, Gasirigwa says there is lack of professionalism. Journalists do not always get their facts right and there is no editorial independence. But crucially the working conditions of journalists are very poor. Surviving on less than living salaries, they easily fall prey to politicians who use them as mouthpieces to voice what the politicians want to hear.

While social media is widely blamed as the source for the spread of misinformation, however, Akhundova reminded participants that social media needs to be supported and not considered as all evil because in many countries social media is often the only source for expression of independent voices and also for civil society activists and protestors to mobilize.