Vikes supports Yangon Film School, a documentary school aiming to create a diverse media culture in country taking its first steps in the path of democracy. We met one of their students to learn more of what’s going on in Myanmar and it’s media landscape. 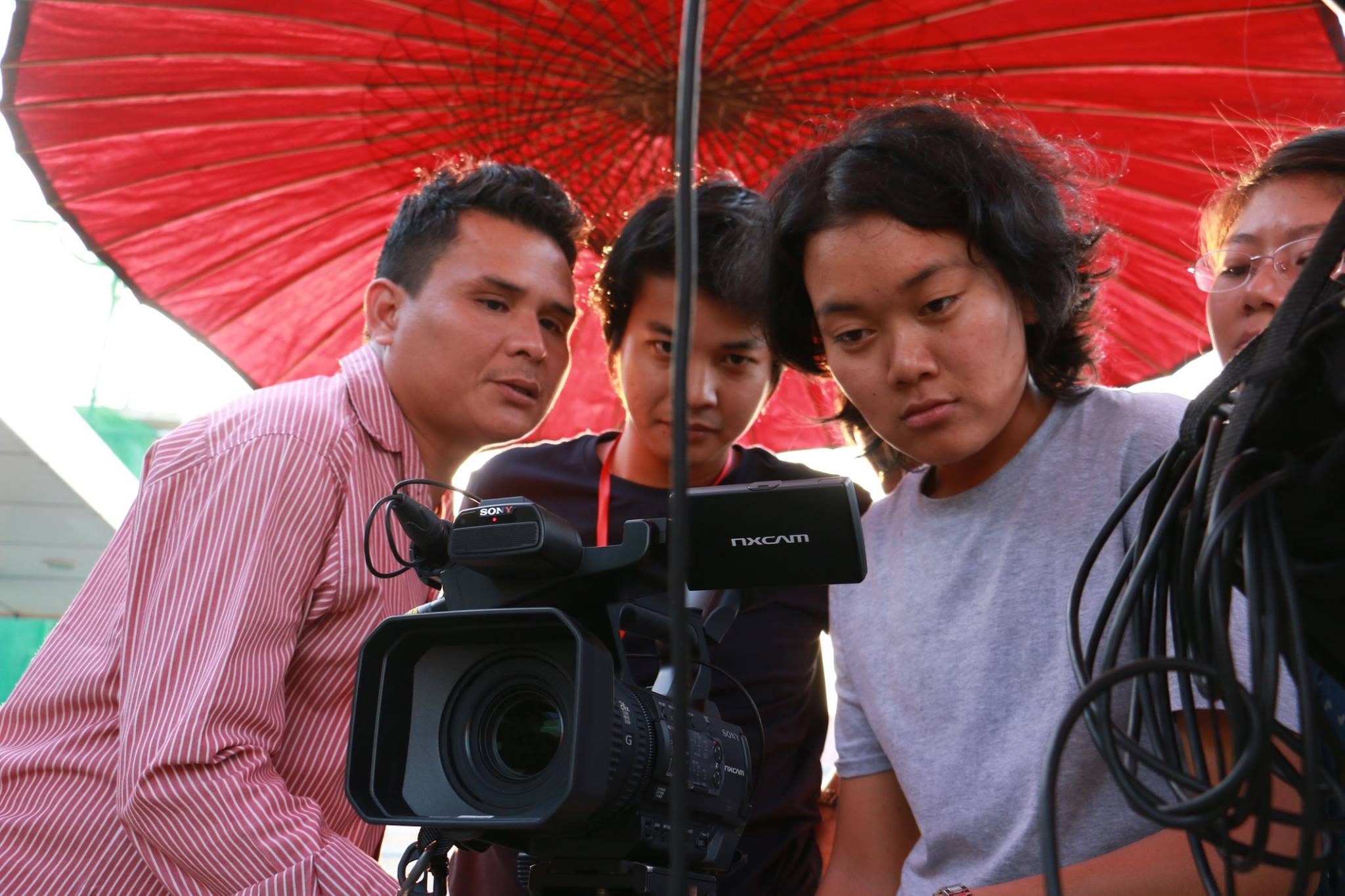 2. What made you apply to YFS? I was a video journalist. I am very interested in camera and editing but I had no chance to learn how to do them in a formal way – I just learned ’on the job’. Then, two years ago, I heard about YFS. I wanted to join the school because I heard they taught camera and editing systematically. I didn’t know anything about documentary before I came to the school. I’m very happy because YFS gave me a scholarship to study. Scholarships are essential for film courses in Myanmar because we cannot afford to pay high fees to study. I was happy to leave my job when I received the scholarship. I will always be grateful to YFS for giving me this chance.

3. What films have you worked on at YFS? I was cinematographer on Tofu Nights (short doc about making tofu the traditional way in Yangon), director on Dog Lady (short doc about an old lady who feeds street dogs). I was also in one of the three teams on the DocuAnimation course (making 1-minute animated documentaries on gender-based violence) and I worked in a team on the sound design for The School Uniform (YFS short ’true fictions’ film) and Tofu Nights.

4. Which film role(s) are you focusing on? Cinematography and editing. But I’m interested in all the roles in filmmaking. I love learning about all aspects of making a film.

5. What are your favourite films and why?

i) Rivers and Tides – I watched this on the YFS “Art of Documentary Filmmaking Course”. The film is about an artist who creates art from natural resources. The cinematographer shows his art with some awesome shots. I love the camerawork and the work of the artist in the film. Watching it, I feel the artist and the filmmaker are both possessed.

ii) Citizen Kane – I watched this on the “Film History Course”. I learned so much from this film. I really like its style of creation with the graphics and shots. And I am intrigued by the main character.

iii) Ida – we watched this on the “Film Analysis Course”. I like the way the film uses negative space, as well as the story and the main character.

iv) The Godfather – I borrowed this from the YFS library. The story and characters are very strong and I like the way the film presents its time period.

6. What are your future plans? I want to be a filmmaker. I’m now working hard as a student to achieve my goal. I like to make documentary films, especially investigative documentaries because we have many issues to tackle in our country. But to achieve my dream, I also need to earn money.

7. What is your dream job? I want to be a good cinematographer and editor.

8. What are the challenges for filmmakers in Myanmar? I think we need financial support and access to learn about filmmaking. There are only a very few institutions which teach filmmaking. We also need to have more scholarships because most students cannot afford to learn in institutes where you have to pay fees.

9. Are there any challenges to freedom of expression? Yes, many. Our country is now undergoing democratization but there are still limitations and censorship, especially in the media including press, film, social media, radio and television broadcasting. And the public is still cautious and undertakes self-censorship. The penalties in the Telecommunication Law are a hurdle to freedom of expression. There are many risks and challenges for filmmakers who want to present work about sensitive issues in their films in term of current political situation of the country.

10. How does this affect your work as a filmmaker and/or your future plans? By exploring the issues that we need to change and reform through film, we can share knowledge and raise awareness about weaknesses, information, messages and ideas. Film alone cannot change the country, but it can certainly contribute to change.

12. How do you see the future of Myanmar? If the new government works hard for reform, I feel we have a bright future ahead of us. It takes time and many steps but it is promising. I am anxious about whether they can make it in their term of office. They have already had one and a half years. The democratic icon, Daw Aung San Suu Kyi, is leading the new government but I am anxious that something bad could happen to her and what might happen if she is gone. If that happens, I think all the people will have to change together in order to bring about real change in the country.